A research team led by a professor from Department of Optics and Photonics at Taiwan’s National Central University revealed a new production method for Micro LED epitaxy wafer. The team developed GaN thin film wafer under low temperature via an approach of high-energy physic. According to the researchers, the method would cost only one tenth of the current Micro LED production cost and could be applied for mass production. 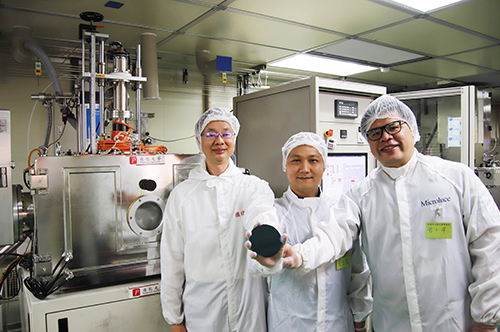 By combining data analysis and semiconductor manufacture process, the researchers aim to find innovative approaches for Micro LED technology. The team has also developed its own epitaxy wafer equipment and its technology were patented in the US and Taiwan.

Compared to conventional high temperature (over 1000 degree) manufacture of Micro LED wafer, the team is able achieve GaN thin film with lower temperature (500-700 degree). The size of wafer can also be modified according to the equipment. In addition, based on data analysis, the team could produce suitable Micro LED wafer to fulfill different requests.

Sheng-Hui Chen, leader of the research team, believes that the method enables the team to drastically reduce the production cost of Micro LED and has a great potential for mass production. A startup company, Microlce, is thus established to further commercialize the technology.

About Us
Established in 2017, Microluce is a manufacturer and trader specialized in the research, development and production of Micro-LED display without giant transfer process.
MENU
Follow Us
©2020 Copyrights 進化光學 All Rights Reserved | 網頁設計 By SGI
Contact Us

We're not around right now. But you can send us an email and we'll get back to you, asap.